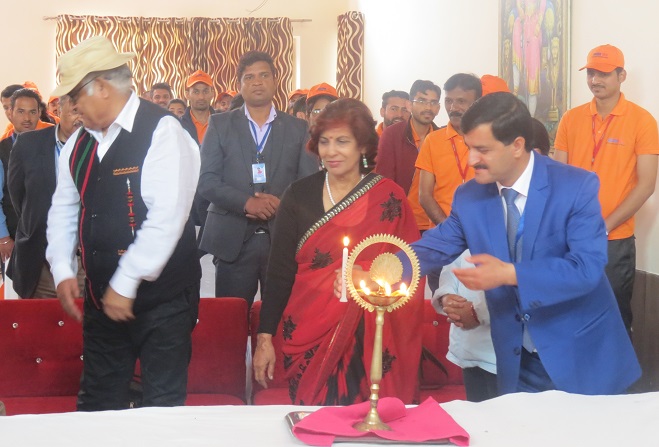 IIRD’s Annual General Meeting was organised from March 1 to March 2 in Kurukshetra, where our functionaries from various states, including Himachal Pradesh, Haryana, Uttar Pradesh, and Uttarakhand, participated. The meeting successfully encapsulated the work and learning experience through a well-planned excursion around Kurukshetra to include a guided visit to the vital religious/ ancient landmarks having importance in the context of The Mahabharata.
On Day-One, the IIRD family visited Bhadra Kali Temple, Kalpana Chawla Memorial Planetarium Kurukshetra Panorama and Science Centre, Jyoti Sar – Geeta Updesh Sthal, Bhishma Kund, Brahma Sarovar – Suraj Kund, a day that touched upon the historic/ religious and scientific aspects.
Day-Two was scheduled to have the Annual General Meeting for the IIRD’s Board of Directors and all the different departments, teams eloquently shared their achievements of the previous years, with the plans and blueprint for the year ahead.